Many of you have noticed the redevelopment project currently underway on 10th and Mason Streets (across from KETV Burlington Station). It’s a little structure called the Rail and Commerce Building.

Lucky for you (and us!), I am able to share an inside view of its redevelopment. But first, a little history behind this trapezoid-shaped building and why it’s so stellar.

Union Pacific Railroad began in 1862 under Abraham Lincoln. Its sole purpose was to connect the Midwest to the West Coast, attempting to preserve the Union (thanks Wikipedia!). Fun fact: the railroad was mainly constructed by the Irish (because we Irish are super tough 🙂 ).

The decision to begin the railroad track in Omaha was pivotal to our city’s growth. Omaha’s central location made it an important national transportation hub. The railroad was integral in the explosion of Omaha’s meatpacking, transportation and brewing industries in the late 19th century. 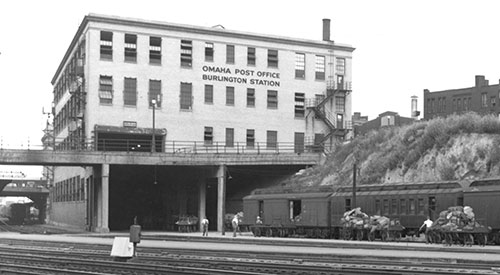 Another fun fact: I sincerely hope most of you know we held a world’s fair here in Omaha in 1898 – the Trans-Mississippi International Exhibition. Its aim was to highlight western development, and the Burlington Train Station opened just in time for the fair. Which was lucky, as it was needed to accommodate the 2.6 million people that crowded to Omaha for the event. Just imagine how much money people could have made off AirBNB-ing (turned that into a verb) at the time?

The Rail and Commerce Building was originally named the Burlington Mail Terminal and was designed by architect W.T. Krausch in what is referred to as the Daylight Factory Design. Built in 1926 and now on the National Register of Historic Places, I’ve listed some of the insanely cool features this building has. NOTE: These photos were all taken prior to redevelopment/construction. 🙂 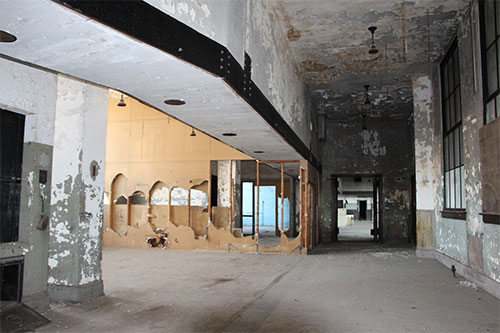 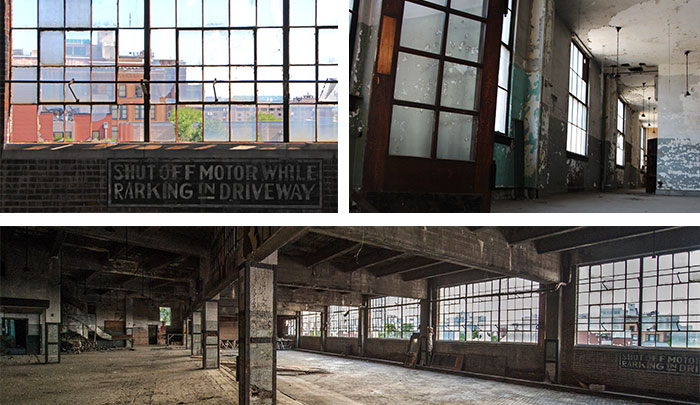 What’s to come?
The Rail and Commerce Building is a whopping 96,000 square feet, each floor totaling a little more than 19,000 square feet. The top three floors will be developed into office space, and all but 6,000 square feet have been leased. Boyd Jones Construction and Bluestem Energy Solutions will office out of the building, along with an additional tenant (to be named in the near future). 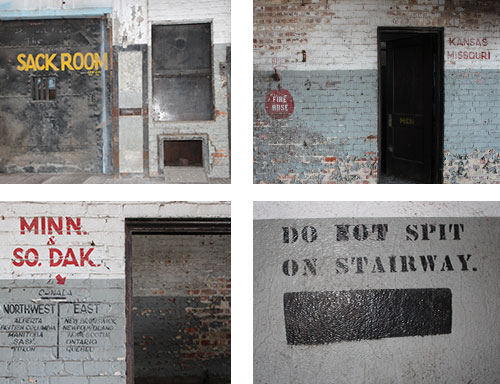 An entire floor will be designated “Commerce Village,” and will serve as incubator space, housing small office suites with amenities including conference rooms, a reception area and a fitness facility. And last but not least, a restaurant will inhabit the remaining area on the main floor facing 10th Street. 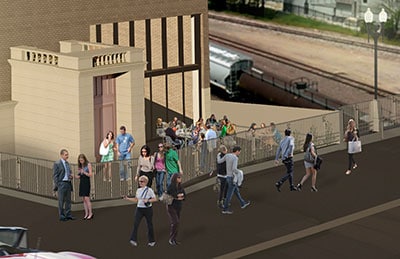 There have been countless hours invested to reinvent a building that was once so important to Omaha, and we at P.J. Morgan Real Estate are thrilled to be a part of it!