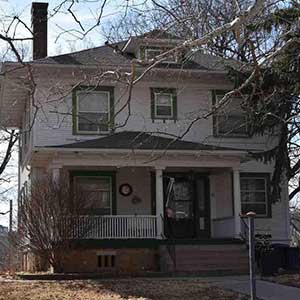 William F. Negele and his wife commissioned architect W.E. Findlein to design this home for $6,000 in 1905. At the time, William served as the secretary to the Thompson & Belden Co. department store in downtown Omaha at 16th and Howard streets – in Omaha. Thompson & Belden was the forerunner to, and eventually replaced by, a Montgomery Ward department store. William’s wife utilized the home for various social functions and events for the Omaha chapter of Mu Sigma, of which she was a member. Willam’s wife eventually sold the home to her sister Isabella and her husband, Walter Rhodes. While related to William and his wife, Isabella also worked as a buyer at Thompson & Belden; Walter worked at the Barkalow Brothers cigar store. Walter died in 1942 and Isabella remained at the home for one year until she too died in 1943.

The Keuhl family purchased the home in the 1950s and lived here briefly with their seven children before selling the home to Martin and Patricia Kuhn in the early 1960s. Martin and Patricia met as pen pals during World War II; Martin lived at Boys Town and Patricia lived in Rochester, NY. Shortly after the end of the war, Martin proposed to Patricia via letter and they married shortly thereafter. Upon settling in Bemis Park, Martin was appointed president of the Boys Town Alumni Association and Patricia assumed the presidency of the Boys Town auxiliary – they were the first couple to occupy such roles. In 1967, Martin died of a heart attack. Patricia continued to live at the home and immersed herself in the activities of the Bemis Park Neighborhood Association. Patricia died in 1999 and sold the home to her son, James. James and his family owned the house until its foreclosure in 2017.

March 23, Easter Sunday, 1913 was the most violent tornado outbreak to affect the northern Great Plains on so early a date in the year – a record that still stands as of 2012. That day, four F4 tornadoes affected portions of eastern Nebraska and western Iowa, killing at least 168 people. The deadliest tornado of the day was an F4 tornado that grew to 0.25 miles in width as it passed through northern Omaha, Nebraska, killing at least 94 people in the city. The tornado is the 13th deadliest ever to affect the United States and the deadliest to hit the U.S. state of Nebraska as of 2014. Based on the topography, surrounding homes, and information available in archives, we believe this home is one of the only buildings that remained standing in Bemis Park after the tornado. 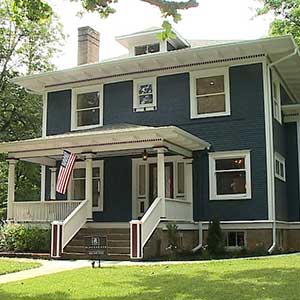 In 2017, Blackboard Design | Build purchased the home and restored it to the condition in which it stands today. According to Blackboard Design | Build, “Eight months ago we bought this house because we were blown away by the condition of the original elements. We feel like this is one of the most unique homes in this area because we preserved the original architecture while bringing in stylish features to help it appeal to today’s buyer. Our goal was to highlight the history while modernizing the home through the incorporation of unique details and we think we did just that.”

This amazing home is officially on the market. Be sure to check it out here or give me a call for a tour. 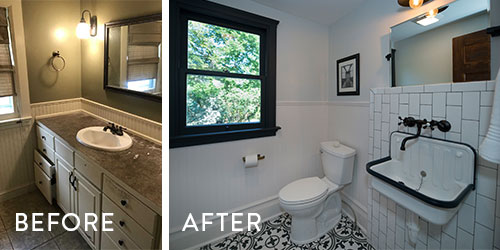 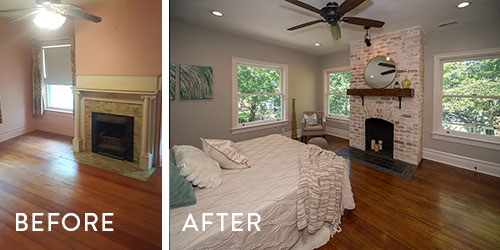 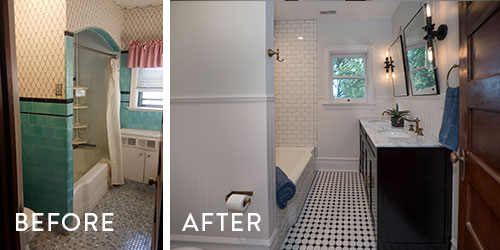 Johnny Duggan
Johnny has hands-on experience in the trade industries and first-hand exposure to real estate investments. Johnny’s entrepreneurial spirit motivated him to found a renovation company, Blackboard Design | Build, gaining valuable general contracting and project management experience. From carpentry, to plumbing and project managing, Johnny realizes the quality required to prepare a property for sale. Although new his career in real estate, Johnny’s ambition fuels his drive to learn every facet of the real estate industry to better represent his clients!