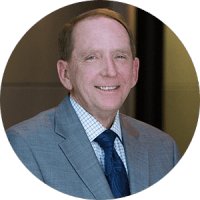 Walt Peffer has spent more than 30 years working in high profile positions in business and government. In 1998, he joined PJ Morgan Real Estate to handle commercial development, management and sales.

Walt has represented clients as an Owner’s Representative for the development and construction of multiple projects, including a $45 million dollar, 150,000 square foot facility and an 82,000 square foot medical facility. He has represented a wide variety of clients in municipal, county, state and federal agencies. His experience also includes working with architects, engineers and construction companies. Walt has been actively involved in the management of his client’s properties to include lease negotiations, lease preparation, review of cash flow documents and all facets of property management of thousands of square feet of buildings and grounds.

Before joining PJ Morgan Real Estate, Walt was Executive Assistant to Omaha Mayors Eugene Leahy, Edward Zorinsky, Walter Calinger and P.J. Morgan. He served as Director of the City of Omaha’s Administrative Services Department with oversight of new construction development, repair and maintenance of all buildings and grounds, vehicle maintenance, and management of information and telephone systems.

Walt was an Associate with the architectural and engineering firm DLR Group. He served on the City of Omaha’s Charter Review Commission, has been active in United Way, Omaha Area Board of Realtors Governmental Affairs Committee, Nebraska League of Cities, National League of Cities and many other volunteer and civic organizations. Walt is a member of the Omaha Area Board of Realtors and Nebraska Realtors Association.

It should go without saying that your tenacity and drive is what put the deal for Stoneybrook together, but I am going to say it anyway. You made this deal come true. Thank you for your help in making a long-term goal and dream come true for me.
– Harlan Faust, FHA Architects

Walt, I just wanted to say thank you. You go above and beyond everyday, and I know we wouldn’t be where we are today without you!
– Jon Crane, Boyd Jones Construction