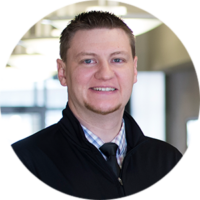 Craig joined the PJ Morgan team as a residential and commercial agent in March 2019. He was born and raised in Millard and attended the University of Nebraska at Kearney where he obtained his bachelor’s degree in Construction Management. After college, Craig moved to Denver for a year before returning to Omaha, where he decided to make Lincoln his home for two years. Eventually Craig settled down in Omaha where he married and had two little girls, Madisyn and Macy.

His passion for real estate began in college. He took a real estate class at that time and has been dreaming of pursuing a real estate career since then. Last summer, Craig began making his dream a reality and started searching for investment property. After flipping his first house, he decided it was time to get his real estate license. With his background in construction, Craig’s expertise is a great benefit for clients in identifying issues with homes or commercial properties, as well as for renovating existing property and developing land.