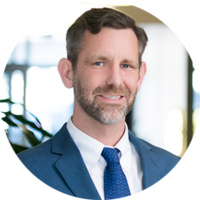 Clinton Collins joined PJ Morgan Real Estate as Marketing Director in 2020 with a record of success in branding and marketing over the previous decade. Clinton has been featured in both national and local publications as well as winning awards for brands he has created.

Clinton graduated from the University of Nebraska, Lincoln, and is a licensed Nebraska attorney. He has developed a reputation in Lincoln and Omaha as a small business advocate and he continues to be actively involved in the small business community.