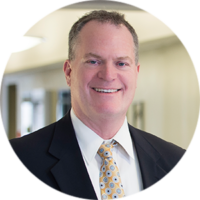 Sales and leasing agent, C.J. King joined PJ Morgan Real Estate in 2018. With a knack for investment and a panache for customer service, C.J. is eager to hit the ground running in commercial real estate.

Originally from Massachusetts, C.J. traveled the country working as a contractor for various utility companies. In 1989, OPPD brought C.J. to Omaha where he worked as a Radiation Protection Technician at the Fort Calhoun Station. He attended school at night and worked his way up to become the plant Health Physicist. While working for OPPD, C.J. was active in the International Brotherhood of Electrical Workers (IBEW). He served in several positions for the Union, eventually becoming the Local Union President from 1994-1999. In 1999, he was invited to take a permanent position as an International Representative at the International Office. C.J. currently serves as the Education Representative for 10 states in the upper Midwest.

C.J. has four grown children and four grandchildren. He lives in the Diamond Head subdivision in Omaha and has owns rental property in Michigan. C.J.’s interest in real estate stems from his investment dabbles and complications from selling his first home. He hopes to ease the experience others might have in dealing with the complexities of the real estate market.

C.J. is considering retirement from his job with the Union and looks forward to his next career in real estate.