I will have lived in Omaha for six years next month. As a native of North Platte, my husband and I initially made the move here because of a job transfer, and now we couldn’t imagine living anywhere else.

As a REALTOR®, I often ask my clients what is most important to them in looking for a new home. Typically, it’s location, total square feet, number of walk-in closets, etc. Back when my husband and I moved here, we asked ourselves that same question and had only two stipulations. One was easy access to Dodge Street and the Interstate for easy commutes, and the other was a place that was dog-friendly. The only thing that’s changed since then is the addition of being kid-friendly, too. 🙂

Our dog, Tulo, has since learned to share the spotlight with our three-year-old son.

After touring way too many apartment complexes, we finally came across Steeplechase Apartments in Northwest Omaha (150th & Maple to be exact). Little did we know that this area would become “our” area for years to come. At the time, I was really just excited to have a Target eighteen blocks in either direction. 🙂

A year later, we purchased a home just a few blocks away from our apartment because we had fallen in love with the neighborhood. Since then we’ve seen businesses come and go, but I’m really excited about the growth that has come in the past eighteen months!

While I do wander outside of Northwest Omaha, we are lucky to have so many things within a five to ten minute drive of our home. Today I am going to cover just a few of my family’s personal favorites!

144th-150th Streets & West Maple Road
Quite an array of businesses have popped up in West Grayhawk, including a large retail strip anchored by Gordmans (#savegordmans) and Fresh Thyme Farmers Market. Located between those two are Ulta Beauty, Shoe Carnival and Husker Hounds. Another strip closer to Maple includes Rusty Taco, Firehouse Subs and Eat. Fit. Go. And the most anticipated new business to come to this area (according to my household) will open in April… Amigos! I’m going to have to sell a lot more houses to support my crisp meat burrito habit once Amigo’s is only a few blocks away! There’s also a new Veridian Credit Union on the corner of 150th Street.

162nd Street & West Maple Road
This is another great retail strip that my family is really excited about! It includes three of our favorite things:
1. Donuts: Dunkin’ Donuts
2. Wings: Oscar’s Pizza and Wings Carry Out
3. Last but not least, beer: Growler USA. They have over 100 beers on tap, including root beer, which this five-month-pregnant lady had two glasses of! Can’t wait to try the real beer! 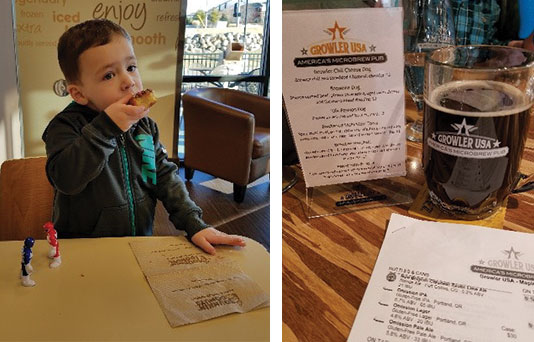 I exercise… well, I mean not right now, but soon, and then I’m going to go every day…
While starting a new workout regime is not in the stars for me at this moment, if you are ready to get in shape, Northwest Omaha has about every type of facility you could imagine. There has been quite the influx of gyms/fitness centers up and down West Maple. West O Fitness (176th & Maple), Genesis Health Club (147th & Maple – technically just a new name – it’s the old 24 Hour Fitness), Orange Theory Fitness (114th & Maple/Eagle Run) and Exodus Athletic Club (138th & Maple). There’s also CrossFit Omaha, Pure Barre and 9Round kickboxing to choose from!

Cheese (and more beer)
I can’t forget to mention Omaha Tap House, which opened its second location just off 156th Street & West Dodge Road. You have to stop in for the handmade Wisconsin cheese curds! Yum! 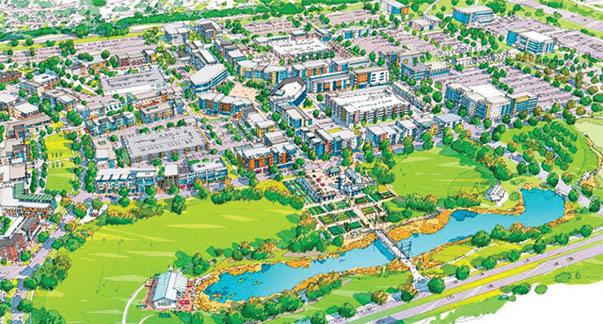 Rendering of the proposed new development near Boys Town. Image Courtesy of Omaha.com

While you are on Dodge, you should check out the progress just west of Boys Town. The planned development includes a food/dining plaza, a retail center, an entertainment area for live bands and festivals, a pedestrian bridge over Blondo Street and walking trails.

Future Progress
Even further west on Maple, (180th-190th Streets) development is being planned for commercial and multi-family properties. Combine that with a proposal for a new Omaha Public School off 156th and Ida, and a man-made lake near 168th and Fort, and the growth isn’t slowing down anytime soon! There has also been quite a bit of growth just down the street in Bennington, too, including a new middle school. If you have a minute, contact my fellow REALTOR®, Crystal Archer, and she can update you on the happenings in that area!

So, if you didn’t know already, Northwest Omaha is the place to be. Whether you want to grab a bite to eat, shop till you drop, grab happy hour with your friends or get in shape, you know where to go!

One last announcement from the neighborhood: COMING JULY 2017, I am happy to announce that we will be adding a GIRL to the Monjaras family! 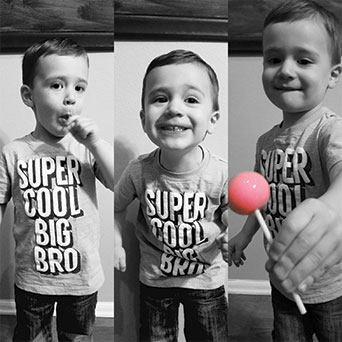 Larson is super excited for his new sister to join us, however, he occasionally mentions that he wants a brother instead.

Have a Northwest Omaha favorite that I didn’t mention? Let me know in the comments below so I can add it to my list of where to go next!

Jen Monjaras
Realtor Jen Monjaras has a big heart and an even bigger passion for real estate! Join her as she shares her adventures in motherhood, real estate and everything in between!