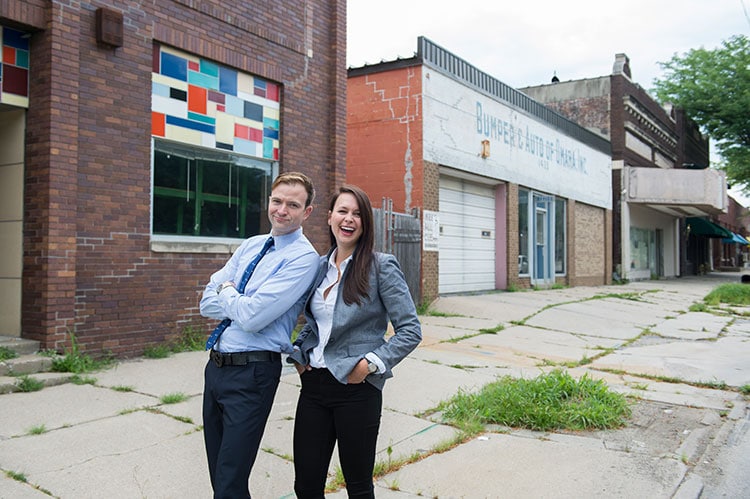 I’ve written about 13th Street in a previous blog, but to refresh your memory and give you a little more detail…

About a year and a half ago, PJ Morgan Real Estate was lucky to acquire three buildings just south of 13th & William Streets. When we bought them, we really hadn’t a clue what was in store for them, but we knew we wanted to recruit local talent to fill them. Talent that would, in the end, help revitalize a neighborhood.

So, Ryan Ellis and I set out on a cold calling frenzy – we were determined to cultivate the right tenant mix. We made lists of all the restaurants in Omaha we liked (because if we don’t want to eat there, what’s the point? 🙂 ). One name that consistently came up in our discussions was the proprietor of Over Easy and The Market House, Nick Bartholomew.

When we first took Nick on a tour of 13th Street, his enthusiasm for the area was infectious. I remember saying to Ryan after the showing, “I really think this guy gets it.” We did everything we could to get him in the space and lucky for us (and 13th Street), we eventually did. 🙂 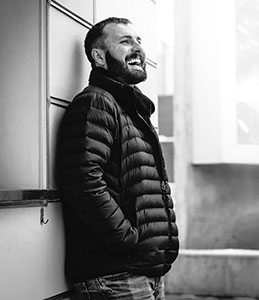 Nick has become an important part of our vision for Little Bohemia, so I recently interviewed him to give everyone a little insight into who he is and what he is doing.

Me: One question I consistently get asked in Omaha, which absolutely fascinates me as a non-native, is, “Where’d you go to high school?” So, please inform our readers, because it’s so obviously important in this town.

Me: You are the proprietor of two restaurants in Omaha, The Market House and Over Easy. How did you get started in the restaurant business?

Nick: I worked in the service industry in college and high school. I liked creating experiences. Some of my fondest memories were with family and friends in restaurants.

I helped a friend design a restaurant concept back in the day. I enjoyed painting the picture and creating the environment. From that, I decided to start Over Easy and then opened The Market House on June 14, 2015. (Side note: For those of you who don’t recall, The Market House abutted M’s Pub.) Although the fire was tragic, it’s given us an opportunity to start fresh. Market House 2.0.

Me: You also have this really cool venture that started last year, the Dandelion Pop-Up. We are all big fans of it here at PJ Morgan Real Estate, so can you explain it in a little more detail for those who haven’t yet heard about it and your plans are for it in the future?

Nick: Dandelion is going amazingly. It allows us to cultivate regional talent (chefs coming in this year from Des Moines and Kansas City) to bring to Omaha. As we are today, half the year has been booked. Lunches will continue to be at the Omaha Chamber of Commerce. We are adding three dinners at rotating spots throughout the summer months. And since I know some savvy commercial brokers, the spots will be amazing.

Me: And for your final and best question yet, I believe, you have recently signed on with us to open two restaurants on 13th Street in my beloved Little Bohemia, and I have loads of questions about this one:

Why 13th Street? What drew you to the Little Bohemia area? What do you hope to see the area evolve into?

Nick: I see the potential. I became keen early on. Being the first guy in it is a risk, but there’s something poetic about it. A banner waiver for revitalization. In 10 years (Me: more like five…), I see it as a stopover for families and young people, attracting tourists visiting the zoo and those from other areas of town looking for a great local joint. The sense of community we hope to create will allow us to do seasonal events, including maybe some music or food events. 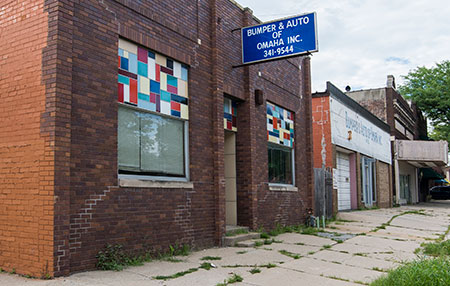 Me: We are very excited about what’s coming. Can you elaborate on what your plans are for the restaurants, type of food, the vibe you hope to achieve, etc.?

Nick: The one I’ll elaborate on now is Boho Rice. The concept is elevated Chinese food. We are focusing on all the best parts of Chinese food, but elevating them while keeping it fun and accessible. It’ll be a high-energy environment in a trendy neighborhood. (Side note: He’s adding a late-night walk-up window, which we all think is awesome!) 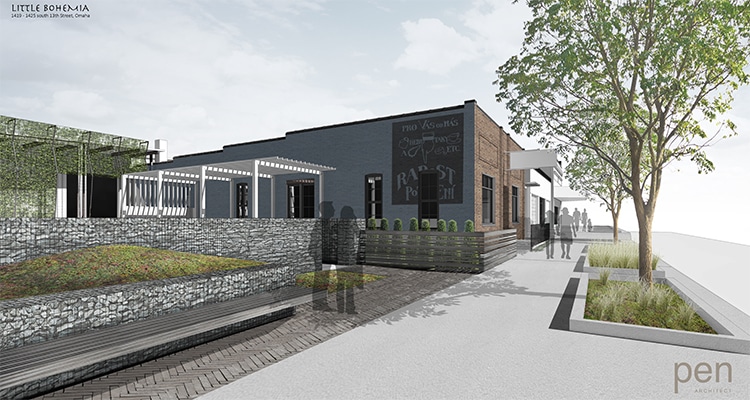 Me: And of course, I have to ask – what was the best thing about working with Ryan and I? (This is my favorite answer to these questions – I’m going to make a sign out of it. ?)

Nick: The vision is free, the hustle sold separately. I liked the culturally diverse neighborhood and the idea of growing it from scratch. We knew who we wanted to work with and liked the opportunity. You were flexible and we could be clear about our objective. Basically, we will see your vision, if you see ours. We all drank the Kool-Aid.

While working with Nick, the project evolved and grew at a rapid pace. In the beginning, it was never just about “the three buildings on 13th”, but the Little Bohemia community as a whole. Ryan and I have been working tirelessly with the neighborhood and nearby businesses on the community redevelopment aspect of the project. Celebrating the area’s history and uniqueness. Bringing life, energy and awareness to Little Bohemia by activating the alleyways, adding public art and cultivating a walkable, accessible neighborhood (to name just a few of our ideas). Nick is right, “we all drank the Kool-Aid” and I’m still serving it up daily. 😉